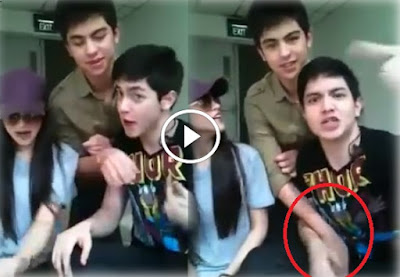 Alden Richards, along with Lexi Fernandez, was playfully mimicking Jason Derulo's It Girl when Derick suddenly came and intentionally put his hand between Pambansang Bae's legs.

Moments after Alden managed to quickly remove Derrick's hand, the latter then gently placed it on Alden's stomach.

However, some people believe that Derrick didn't intend to touch it, and that he was just trying to grab Alden's phone.