Home Starring of the Day LOOK: Maine Mendoza In Disguise During Lifehouse Concert 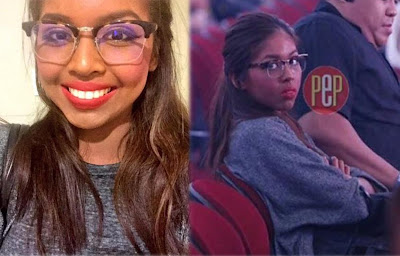 Maine Mendoza,popularly known as Yaya Dub,got an invitation via twitter video from one of the members of Lifehouse to attend the rock band's concert at the Mall of Asia Arena on Thursday night,October 8.

Unlike any other celebrity,Maine,who accepted his invitation,disguised herself as Corazon during the concert.


Perhaps to avoid making a commotion,the other half of the phenomenal loveteam 'AlDub' wore a heavy make up and glasses as seen in her post on twitter.

Sometimes it feels good to do something unusual and craaaazy.. Hahaha I had fun!!!😊 #corazon pic.twitter.com/kbNKvd9AeA
— Maine Mendoza (@mainedcm) October 8, 2015