The longest-running noontime variety show “Eat Bulaga” scored its highest-rating for 2015 with a TV rating of 50.8% against 'It's Showtime' which only garnered 5.4% in Mega Manila. 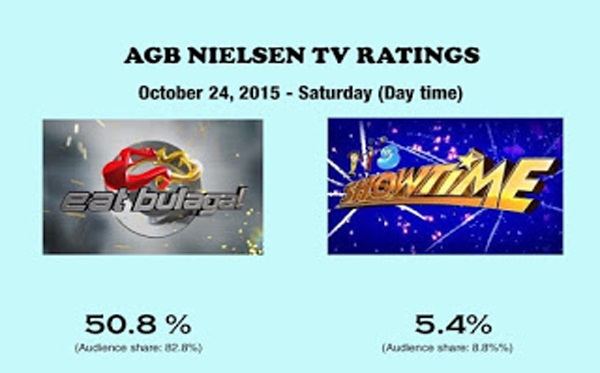