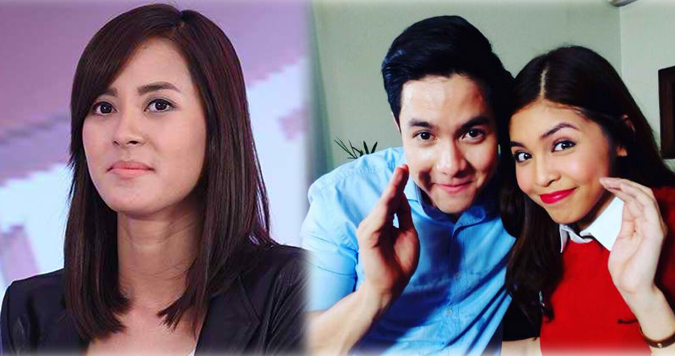 Bianca Gonzalez Intal took to twitter to defend herself after some AlDub fans criticized her when she posted an opinion about fans' dedication to make a topic trend on social media.

Her post, which was misinterpreted by AlDub fans just like what they did to Lea Salonga's 'kababawan' tweet,reads: 'The pressure that some fans put on themselves to trend is getting out of hand.
I hope they know that’s not what matters most."

The 'Pinoy Big Brother' host didn't mention any names in her tweet,but AlDub fans were quick to speculate that she was referring to them.

@josmictweets The trending is no problem, its fantastic. Its the PRESSURE that SOME fans put on themselves to trend that is alarming.
— Bianca Gonzalez (@iamsuperbianca) October 13, 2015


@ObligedToWin Why are you defensive? I never EVER said Aldub tweets are not real. You have phenomenal numbers. Walang mali sa sinabi ko. 😉
— Bianca Gonzalez (@iamsuperbianca) October 14, 2015

However, Bianca thanked other fans for understanding her tweet and being open-minded.

@giancocoy @hellothereCha @MARIAdianeMARIE Salamat for seeing the point and being open minded that you aren't being attacked. 👍 #panalo #GV