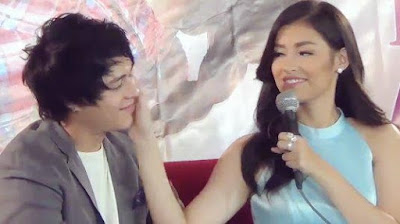 Enrique Gil is now under fire after a report came out that he allegedly caused a commotion while on flight to London with his ASAP co-stars.

It all started when Enrique Gil got drunk and playfully hitting Jessy Mendiola,who became mad at him when he hit her a little too hard.

Reports also say that Enrique got into an argument with Luis Manzano when the latter tried to pacify him as he became more rowdy.

The incident was getting worse when drunk Enrique Gil cursed his on-screen partner Liza Soberano who was also trying to stop his unruly behavior.In return,she allegedly slapped him.

On Wednesday,September 9,'Showbiz Konek na Konek' host IC Mendoza interviewed an eyewitness who narrated what actually had happened during a flight.

The unidentified witness said that he saw Enrique slowly touching Jessy's shoulder and wanted to whisper something to her,but she just ignored him.He also heard Enrique allegedly shouting and cursing Jessy and Liza.