Kathryn Bernardo Reacts to Mean Tweets About Herself 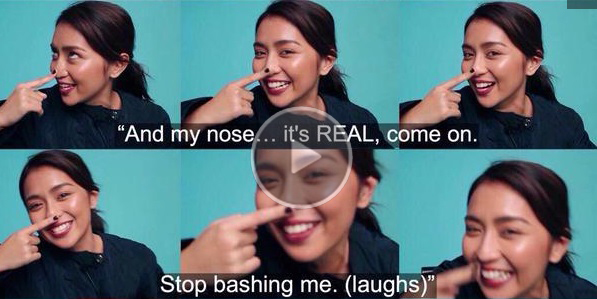 In a newly released video by an online magazine,Kathryn Bernardo gamely read and responded to some of the 'mean' tweets about herself posted by her bashers on social media.

The Preview's September Cover Girl was obviously not affected,as seen in the way she reacted to it.

In response to one of her bashers,the 'Pangako Sa'yo' star mimicked the infamous line of internet sensations 'Pabebe Girls',saying,'Wala kayong pakialam!'.