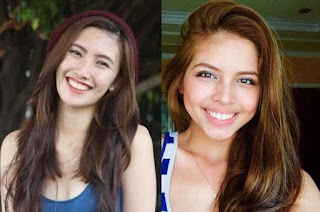 After seeking advice from Vice Ganda about the best time to fall in love again after break up, Angelica Yap, popularly known as Pastillas Girl,not only got the best advice from Vice but she also caught netizens' attention on twitter.


Pastillas Girl,who became popular because of her viral video ranting against her ex-boyfriend,even got help from Vice Ganda to find her new love during It's Showtime's 'Advice Ganda' segment.

Unexpectedly,one of the audience named Toper volunteered to help her fall in love again.And not just him,twitter users have also volunteered by tweeting with the hashtag #ShowtimeUnliGV.

Apparently,It's Showtime launched the search for 'Mr. Pastillas' on twitter and Jess Senido,who has
a username @OhhJESSko,was the first one to get an invitation from Vice Ganda to come and meet Pastillas Girl in It's Showtime studio.

Now that they've turned it into a new segment called 'Nasaan Ka Mr. Pastillas?',is she the answer to Eat Bulaga's Yaya Dub?