By CA 7/17/2015
Daniel Padilla became a hot topic on twitter after he was caught using electronic cigarette in front of his on-screen partner Kathryn Bernardo. 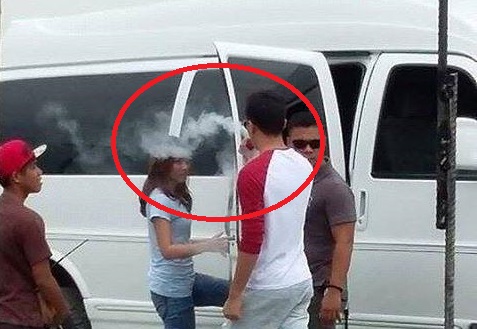 The photo of him has been flooded with mixed reactions from netizens, as well as from KathNiel fans,who defended him by explaining that it is less harmful alternative to smoking and he's already at the legal age.


E-cigarettes,an alternative smoking experience to traditional tobacco cigarettes, is a battery operated vaping device which turn nicotine and other chemicals into a vapor.Other well-known international celebrities who have been spotted vaping also are Zayn Malik,Paris Hilton,Leonardo Dicaprio,Katy Perry and Justin Bieber.