Home Starring of the Day WATCH: Chris Brown Begs to Leave the Philippines 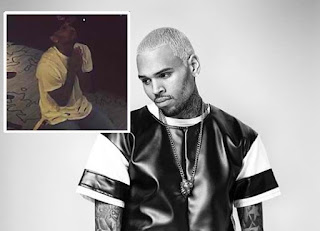 In a desperate appeal to resume his world tour,Chris Brown uploaded a bizarre video on his instagram account after he was stopped from leaving the Philippines,a day after his concert at the Mall of Asia Arena.

The video,which was captioned as an appeal to President Obama,shows the 26-year-old international star pleading on his knees as he said 'Please, please, let us leave, please.' and back flipping in front of his friends.However,the video was already taken down.

Chris Brown was stopped from leaving the country Wednesday morning,July 22,after fraud allegations were made against him and his promoter John Michael Pio Rada for a cancelled concert last New Year's Eve at the Philippine Arena in Bulacan.The Grammy-winning star was paid in full for a $1 million contract to performed at the said concert.

But on his twitter posts which he later on deleted,Chris Brown proclaimed his innocence that he has done nothing wrong:

“This is a very serious situation and someone needs to be held accountable for mixing my name up in all this. I’ve done nothing wrong!!!” he wrote via his account (@chrisbrown).

“I have nothing to do with anything going on right now. I came back to Manila to do a make up show for New Years. I did the show 3 days ago” he added also.