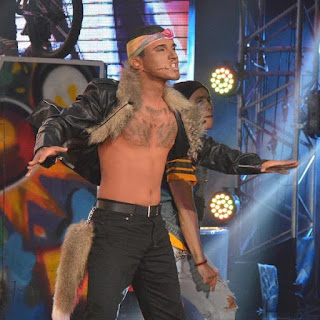 EA performed the hit 'Turn Up The Music' during the grand showdown which was held live at the Performing Arts Theater in Resorts World Manila.


Aside from EA,other finalist who underwent one last total transformation were Melai,Jay-R and Nyoy Volante.The top four contestants will fight for the public votes,wherein the one with the highest votes will be declared as the grand winner and will win P2 million.