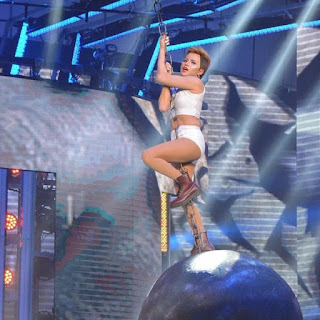 Melai who underwent one last total transformation as Miley Cyrus ,bested other celebrity finalists including Jay-R,Nyoy Volante and Edgar Allan Guzman after garnering the highest percentage of public votes with 51.93%.

As the Grand Winner,Melai won a cash prize worth 2 Million pesos and half of  it will be given to her chosen charity.


Nyoy Volante,who transformed into Whitney Houston,landed on the 2nd place while Jay-R as Frank Sinatra and Edgar Allan Guzman as Chris Brown made it to the 3rd and 4th places respectively.