The Movie and Television Review and Classification Board (MTRCB) has summoned ABS-CBN Executives over the foul language uttered in the May 29,2015 episode of 'Pangako Sa'yo'.


According to MTRCB, the strong language 'in regard to sex and the insinuation that it is okay to use a woman for the mere purpose of satisfying one’s fleshly desires even if he is already engaged to marry another woman,are obviously meant for a mature audience'.

'The scene, if left unexplained, also cuts into the dignity of the woman and the integrity of an impending marriage—which is a protected institution." 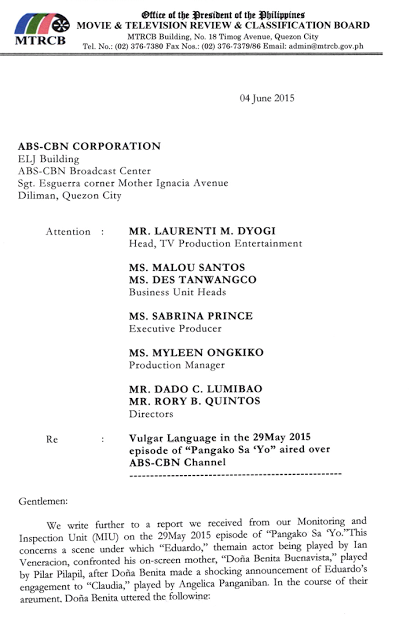 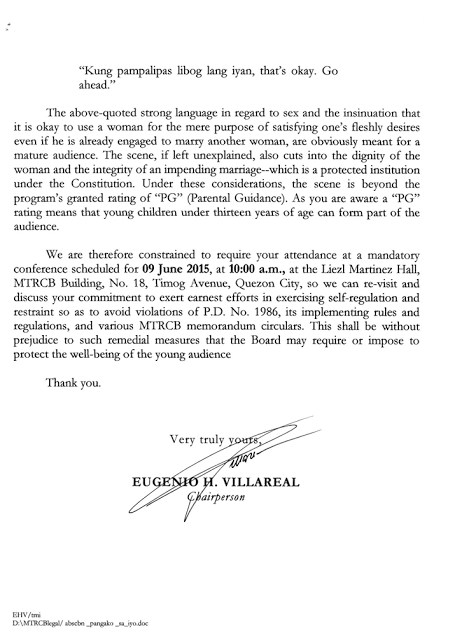