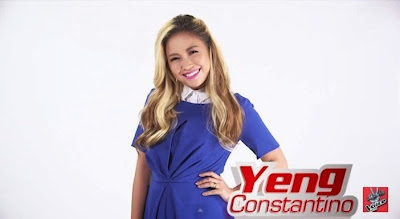 As the second season of “The Voice Kids” premieres this year, a new voice will showcase the heart and stories behind the voices of the kiddie artists – pop rock princess Yeng Constantino, who will join the show as host.

Yeng will team up with one of the premier TV hosts in the country, Luis Manzano, and reality star-turned-host Robi Domingo in the vocal competition for kids, which returns this June.

Before being named the Grand Star Dreamer of “Pinoy Dream Academy,” Yeng also used her voice and story in hopes of getting into the music industry, just like the kiddie artists in “The Voice Kids.” She has since made a mark as a multi-platinum recording artist, with five studio albums and a live album under her belt.

But more than having a powerful voice, Yeng is even more known for being an award-winning singer-songwriter who pours her heart and emotions into every song she writes, whatever its theme may be.

As such, Yeng’s compositions have also become instant hits, such as “Hawak Kamay,” “Salamat,” “Pag-ibig,” “Lapit,” “Time In,” “Jeepney Love Story,” and “Chinito.” Her latest single “Ikaw” proved to encapsulate the state of her heart, and its music video even served as the prenuptial video for her wedding with husband Yan Asuncion.

Yeng is currently seen as a regular on “ASAP 20” and formerly hosted the musical variety show “Music Uplate Live.”a

In “The Voice Kids” Season 2, Popstar Royalty Sarah Geronimo, Rock Superstar Bamboo, and Broadway Diva Lea Salonga return as coaches to search for the most brilliant voices in the country.

Whose voice will prove the strongest? Who will follow in the footsteps of Season 1 grand winner Lyca Gairanod?