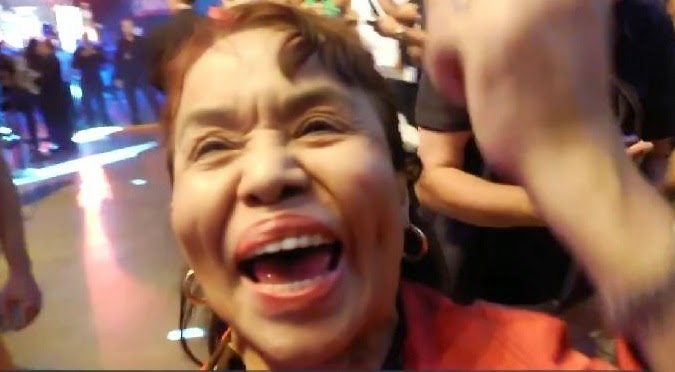 Mommy Dionisia,Manny Pacquiao's mother,is popular as ever --she again stole the show during Floyd Mayweather and Manny Pacquiao weigh-in at the MGM Grand Arena in Las Vegas.

Known as the “Pacmom" and as number one supporter of Manny,Mommy D went viral again after showing her lovable personality,who did not missed any of his son's supporters at the Saturday's weigh-in for the 'Fight of the Century' between Floyd Mayweather and Manny Pacquiao.


Mommy D steals the show in Mayweather-Pacquiao weigh-in.
Posted by Rappler on Friday, 1 May 2015

Video source: Rappler
However,Pacquiao weighed in at 145 pounds,and Mayweather at 146 pounds,both comfortably under the class limit for the welterweight .