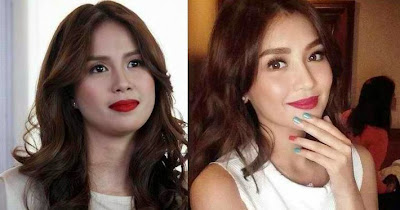 It's been 16 years since the youth-oriented TV series 'Tabing Ilog' was shown on ABS-CBN. Aired for more than four years from late 90's to the early 2000s, 'Tabing Ilog' is one of the most unforgettable shows of ABS-CBN.

With the success of this popular series, Kaye Abad, who played the role of Eds, can think only one young star who can reprise her character — if there will be a remake of this teen-oriented drama.

The actress chose the teen star's on-screen partner also to portray the role of her love team partner John Lloyd Cruz as Rovic.

The premise of the series focuses on the friendship of best friends Anne, Eds, Badong, James, Rovic, Fonzy, Corrine and George.

However, KathNiel will bring life to the iconic roles of Yna Macaspac and Angelo Beunavista in the modern retelling of the 2000 hit soap opera 'Pangako Sa 'Yo' on ABS-CBN. The series will premiere on May 25, 2015.