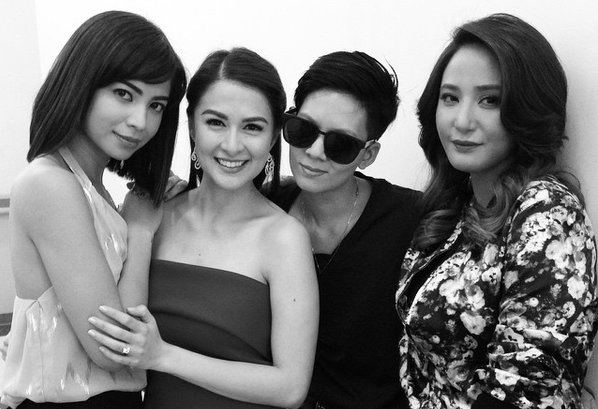 Marian Rivera-Dantes,who will breathes
life into a controversial character in GMA's upcoming primetime series 'The Rich Man's Daughter',has withdrawn from her show after announcing her pregnancy earlier this week.

According to a statement from GMA Network, "Kapuso Primetime Queen Marian Rivera has withdrawn from her upcoming program The Rich Man's Daughter and her Pinoy
TV guestings abroad due to her delicate condition.GMA Network fully supports Marian's
decision and strongly believes that Marian and her baby's safety is first and foremost.
We would like to assure her supporters that Marian will still be seen
in various shows in the Kapuso Network. We pray for a healthy and happy pregnancy for our dear Marian"

"The Rich Man's Daughter" was supposedly Marian's first teleserye this year which will depict about lesbian lovers.