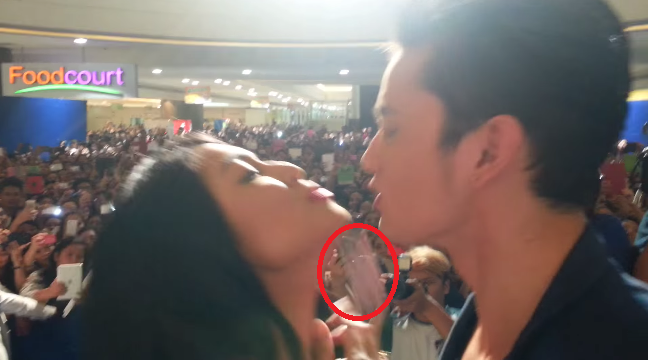 James Reid and Nadine Lustre or better known as 'JaDine' invaded SM Bacoor last March 7,during their mall tour for their
respective albums as well as for their upcoming movie entitled 'Para sa Hopeless Romantic'.


One of the highlights during the show was  the 'Pass the Card' Game where Nadine was supposed to transfer a card to James by using her lips but unintentionally the card fell off that made the huge crowd gone wild.

But did Nadine Lustre and James Reid accidentally kissed lips to lips?
Check out the slow motion clip which was taken up close: