Home Starring of the Day Jam Sebastian laid to rest 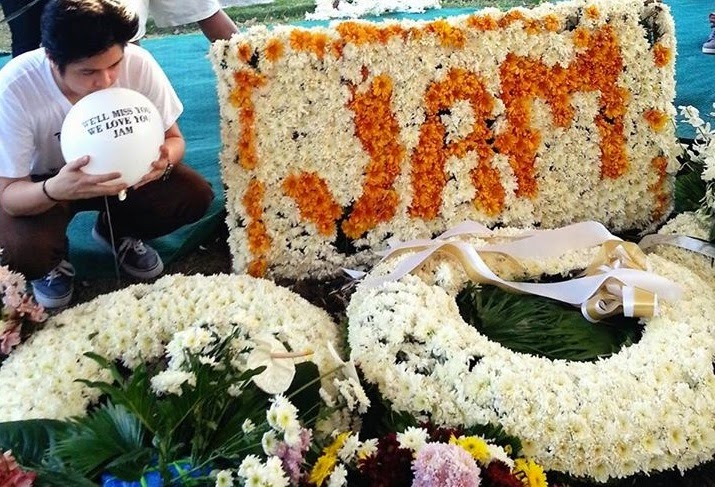 Jam Sebastian,one half of the popular YouTube tandem 'Jamich', has been laid to rest at Manila Memorial Park in Sucat,Parañaque this Sunday,March 8,after he died earlier this week because of lung cancer at the age of 28.

Before his remains brought to his final resting place,a mass was held at the Our Lady of the Pillar Parish Church in Las Piñas, where the family of Jam became emotional during their respective eulogies for him.


Jam Sebastian, who became a Youtube Sensation with Paolinne through their channel 'Jamich',was diagnosed with a stage four lung cancer and lost the battle last March 4, 2015.