By CA 11/09/2018
Kelsey Merritt strutted her stuff as she made her runway debut at the Victoria's Secret Fashion Show on Thursday.

The 21-year-old model appeared on the PINK segment of the lingerie giant's annual show — making history by being the first Filipina to land. 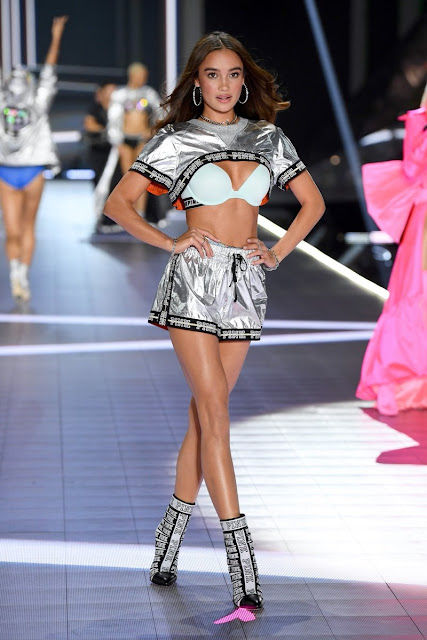 While the show won't premiere until December 2, Kelsey gave her fans a sneak peak at her runway walk and some moments from backstage where she got to meet Adriana Lima.

"Growing up watching the @victoriassecret fashion show, I wanted to be like @adrianalima! She is such an inspiration ❤️ I can’t believe I get to say I’ve walked the show with her and all the beautiful VS models!!!! 💕" she wrote, with this photo: