'Pilipinas Got Talent: The Greatest Showdown' Happening This Weekend 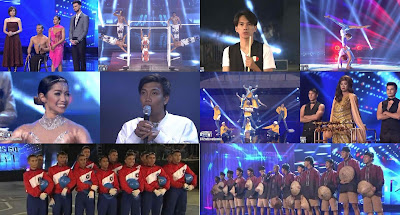 After five weeks of intense elimination in the semi-finals, ten acts advance into the last and final stage of the competition in hopes of winning P2 million pesos and a luxurious vacation package. The acts that will compete include the Nocturnal Dance Company, Orville Tonido, Kristel De Catalina, Xtreme Dancers, Bardilleranz, DWC Aeon Flex, Joven Olvido, Julius and Rhea, Jonacris Bandillo, and Cebeco II Blue Knights.

Who among the them will be named the sixth “Pilipinas Got Talent” grand winner?

For the greatest showdown, the finalist who will get the highest combined votes from the public and judges Angel Locsin, Robin Padilla, and Vice Ganda will be declared the grand winner.

Meanwhile, watch out for Gary Valenciano and Ogie Alcasid as they grace the “PGT” stage in the results night.