By CA 4/26/2018
Vivo, one of the top smartphone brands in the Philippines, recently welcomed to its roster of brand endorsers Ivan Dorschner, Edward Barber, and, Elisse Joson--the other  half of the McLisse love team--reuniting with her loveteam partner McCoy De Leon.

They joined love Vivo Philippines power couple Kathryn Bernardo and Daniel Padilla, lovingly known as KathNiel to their avid fans, who were launched as endorsers of the smartphone brand in September 2017. 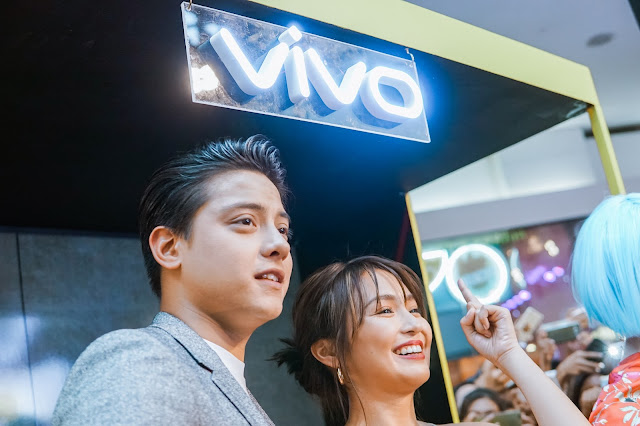 KathNiel on April 21, 2018, Saturday enjoyed visiting the different booths at the Vivo V9 mall tour in SM Mall of Asia.


Both Kathryn and Daniel are thrilled over Vivo’s newest flagship phone, the V9. A self-confessed selfie addict, Kathryn has always said she loves the V9’s camera.

“I love taking selfies so having a reliable front camera is important [to] me,” she said when asked what she appreciates about V9’s camera features.

“[I like it] that the Vivo V9 has a 24 megapixel AI selfie camera with an AI Face Beauty feature [as these] enhance my natural looks.”

Moreover, Kathryn is excited about the V9’s dual camera. A travel enthusiast, Kathryn can now take flawless shots using the V9’s dual rear camera and make them more interesting by with the special bokeh mode.

Daniel, on the other hand, makes good use of his Vivo V9 when playing video games. With his busy lifestyle, Daniel can relax while playing with the V9’s upgraded Game Mode to create a customized, uninterrupted gaming experience.

“[When I am on my free, relaxing time, there is no problem] blocking message alerts and calls when I am on my phone playing a video game.” Daniel testifies.

Because of the V9’s Snapdragon 626, a powerful chipset, Daniel is also able to experience a smoother performance when playing a video game on his Vivo V9. 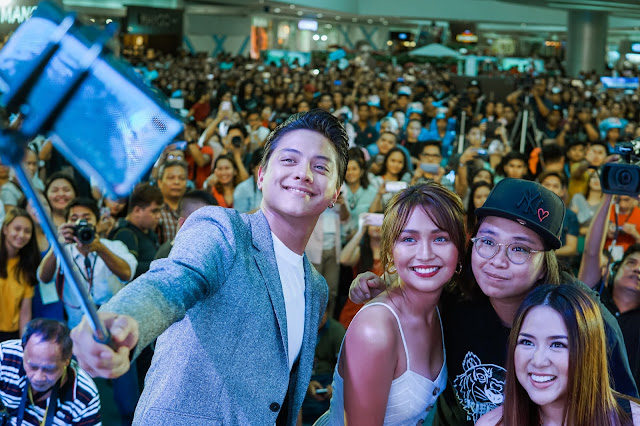 Kathniel, being movie stars are likewise movie buffs. With the Vivo V9’s 6.3 inch Full view display, watching films whether or not they are on the go makes for a better visual experience.

Both Kathryn and Daniel personify the young and hip Filipino demographic that it is why Vivo had no second thoughts signing up the love duo to represent the brand. With the impact of their huge following on and off social media, Vivo is set to earn a surefire top spot in the hearts of smartphone users nationwide. 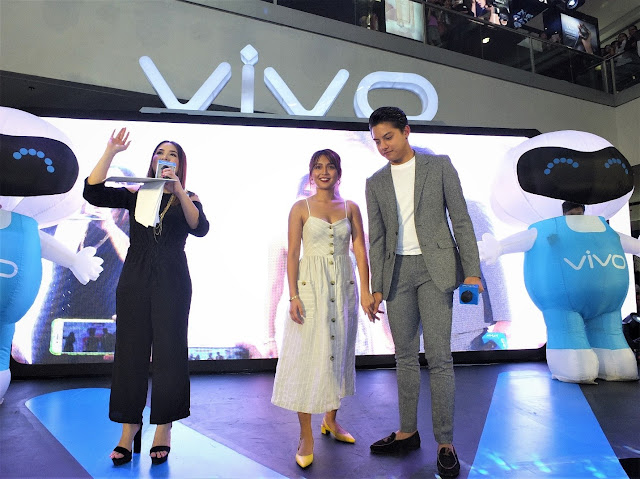 Myx VJ Ai with Kathryn Bernardo and Daniel Padilla, two of the  most sough after stars, during their first mall tour with Vivo

Kathniel’s Vivo mall tour is only one of Vivo Philippines’ efforts to introduce their latest flagship smartphone, the Vivo V9 closer to the smartphone users. The Vivo V9 is an artificial intelligence (AI) selfie camera with a 16 MP+5 MP dual-camera setup.

Much like its predecessors, the V7 and V7+, the V9 also rocks a 24 MP selfie camera that comes with features like AI Face Beauty Natural Light, Studio Light, and Monochrome background which brings selfie-taking with the new Vivo smartphone several notches higher in the quality scale. Selfie-fans will also benefit in the ample phone display of the Vivo V9 as it could improve the overall composition of every photograph taken, with enhanced clarity and definition.