By CA 3/29/2018
Actress Devon Seron was the talk of town after her brave network transfer last week.

After eight years of being under ABS-CBN’s talent arm StarMagic, she finally broke her silence after she inked her exclusive contract under GMA7’s Artist Center last March 21.

She was first seen as guest in the top – rating GMA7 Romantic Comedy Primetime series– The One That Got Away where she has become a trending topic on twitter for 3 consecutive days. 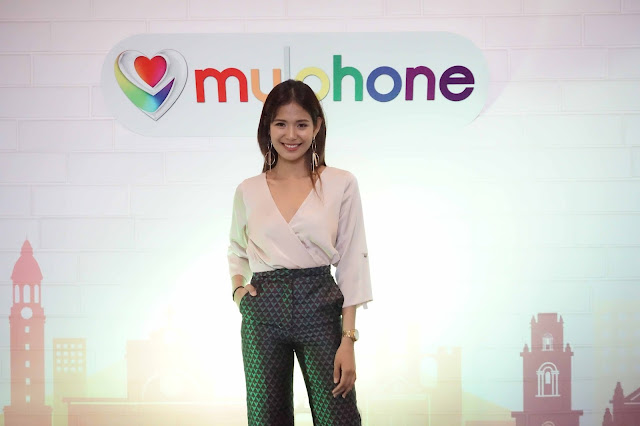 Last year, she top-billed a Filipino-Korean film entitled “You With ME” opposite Korean super stars Jin Ju-Hyung and Kim Hyun Woo. Meanwhile she is set to star in two upcoming films this year “Bakwit Boys” in the direction of JP Laxamana and in “Walwal” of Direk Joey Reyes under Regal Films.


It has seemed to be a great start for Devon’s career this year as she was chosen to host the first day of MyPhone’s Hack to the Future Tech Summit 2018 at Greensun – Hotel in Makati City.

“Excited and the same time sobrang kinakabahan ako, because all our bosses in MyPhone are in front of us. Pero, I am feeling grateful for this opportunity, countless opportunities na ang binibigay sa akin ng MyPhone family ko, ni Sir David, and this event is not just an event na maghoshost ka, ang dami ko rin natutunan from all the speaker, sobrang nakaka-inspired na pagbutihin ko pa yung work ko. And hopefully magtuloy-tuloy din ang hosting for me.” said Devon when asked about her experience hosting the Summit.

In a post in Instagram, she said that Hack to the Future was her first hosting job.

“Hosted the first day of #hacktothefuture #techsummit2018 of @myphoneofficial ♡ This was my first timehosting an event. It was an experience I'll never forget. Thank you @myphoneofficial”
https://www.instagram.com/p/Bgsvlu7Al7u/?taken-by=devonseron

“Actually, it was our CEO, David Lim who chose Devon to host the summit. He said that aside from gracing our events through singing and dancing, he wanted to see Devon to grow in a field where she is not comfortable. And for a first timer, Devon did a good job hosting HTTF. She’ll also be hosting the re-launch of MyPhone’s trending Facebook Live Show, while DJ Chacha will be headlining Brown&amp;Proud. So watch out” – said Inyi Yruma, MyPhone’s head of Marketing.

Seron is also the longest-contract endorser of the local phone brand, MyPhone.

To make the Summit more fun they also invited energetic Kapuso and Kapamilya stars whom are also loyal to the brand. Kyra Custodio of PBB teen class of 2010, Krystal Reyes and Kyle Vergara of GMA7 hosted the Facebook Live Coverage of the Summit. Meanwhile Caleb Santos, Hazel Faith and Mike Chan offers song-numbers to the delegates.

The second day of the Summit was hosted by DJ Chacha of MOR 101.9