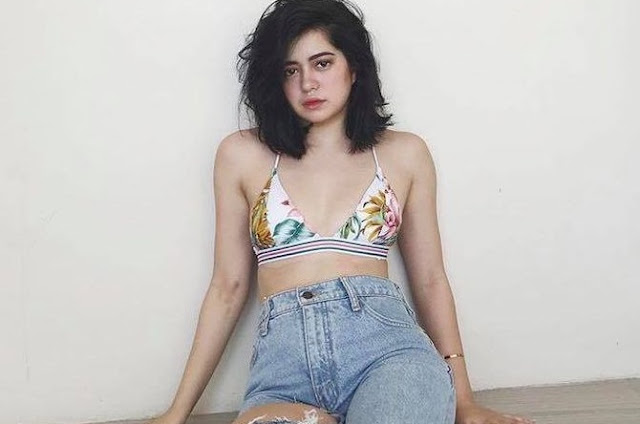 Sue Ramirez became a hot topic after a netizen called her out on facebook.

According to a certain Jeanette Terrenal Alba, the actress showed rude behavior during a dispute in the parking lot.

The netizen claimed that she waited for a parking spot ahead of her and when she got into the space, the actress allegedly flashed her middle finger.

"To Sue Ramirez. No matter how popular, rich or cool you believe you are, how you treat people ultimately tells all. I just want you to know na ako yung nauna sa yo naghintay ng parking slot sa Singsing Restaurant. Kung nauna akong magpark, you do not have the right to put your middle finger out of your car and made that dirty finger sign. I may be a 51 yr old woman but my vision is clear. And when I confronted you, ituturo mo pa kasama mo. Poor friend." she wrote. 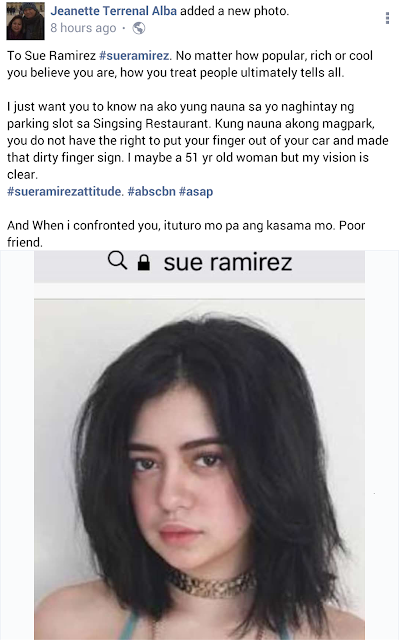 In response to netizen's rant, Sue took to her twitter account and posted a series of tweets.

The 'Hanggang Saan' star, however, sent her apologies which the netizen accepted.

“I have accepted the sincere apology of Sue Ramirez. Thank you to those who took the flight with me. I will make my posts private now. To her fans, please continue liking her, it may be a case of misunderstanding. To those who were hurt by this, i also apologize. Hindi po ako artista na gustong sumikat, i was just expressing my disappointment. Sa mga artista, tinitingala kayo ng fans ninyo, dont do dirty fingers in public. Salamat."