Home Others Ellen Adarna speaks up on pregnacy rumors 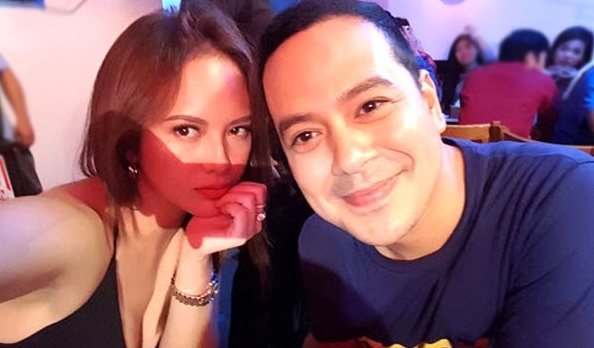 Ellen Adarna has broken her silence on rumors that she's expecting a child with alleged boyfriend John Lloyd Cruz.

Rumors about her pregnancy surfaced online after veteran newscaster Jay Sonza posted on facebook his conversation with his niece named 'Elena,' who's currently out of the country with her beau.

Many netizens were suspecting that he was referring to Ellen considering that his niece mentioned 'Morroco' and it coincided with Ellen and John Lloyd's visit to the said country.


In an exclusive interview with Philippine Entertainment Portal through Facebook messenger, Ellen shut down the speculations about it immediately. The actress said that she's not the 'Elena' he was referring to and they are 'definitely not related.'


Here's the conversation between Jay and his niece Elena. 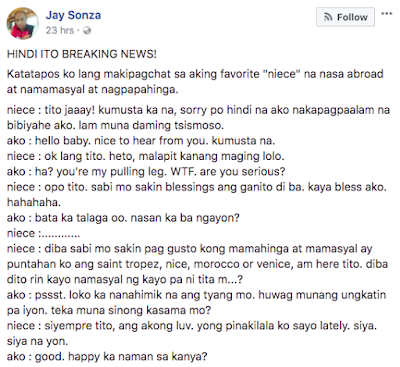 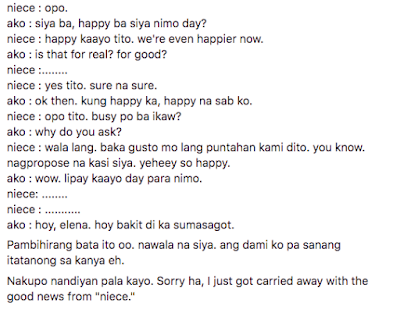