Home Starring of the Day VIDEO: Dara and G-Dragon perform together in Manila

VIDEO: Dara and G-Dragon perform together in Manila 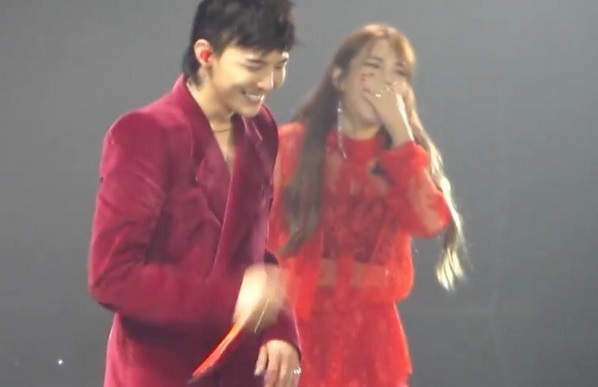 The moment 'DaraGon' shippers have been waiting for finally happened!

The two performed their collaboration  'Hello,' which appeared in G-Dragon's first solo album, and 'Missing You.'

Of course, fans couldn't help but shriek with delight seeing them performing together for the first time in 8 years.

Dara also made the jam-packed crowd surprised and went wild when she appeared on stage again to join G-Dragon for encore performance.


After the concert, G-Dragon took to his instagram account and shared some photos of himself with his 'special guest.'

Dara, on the other hand, also shared their photos together and thanked him and the concertgoers.