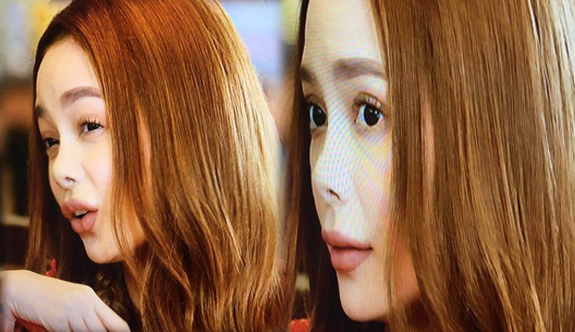 The actress, who portrays a free-spirited boss of Gabriel (Gerald Anderson) named Alex, looked completely different as seen in the series of photos below.


And it's safe to say that the drastic change in her appearance has received mixed reactions from netizens.