Home Starring of the Day VIDEO: Vice Ganda feels like Hong Raon in his Korean costume 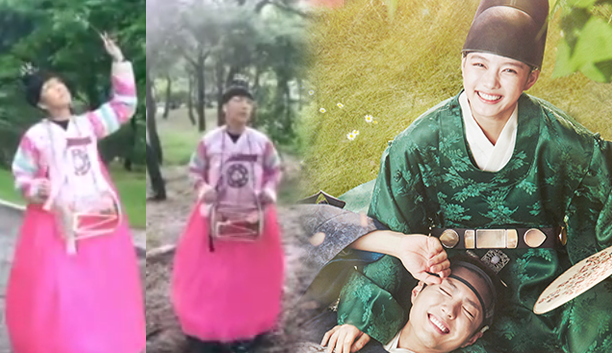 The comedian visited the Namsangol Hanok village in Seoul and even tried wearing the traditional costume of Korean people.

While he was wearing it in the historical place, he remembered his favorite Korean drama 'Love in the Moonlight.'


Vice, who was a self-proclaimed fan of the said drama series, roamed around feeling like Kim Yoo Jung's character, Hong Raon.

Watch his hilarious video below:

The 'It's Showtime' host also took part in the newest craze, 'Ko Ko Bop challenge.' On Wednesday, he posted a video of himself doing the craze with his family via his instagram account.

KOKOBOP CHALLENGE #FamilyGoals
A post shared by JoseMarieViceral / Vice Ganda (@praybeytbenjamin) on Aug 16, 2017 at 3:06am PDT