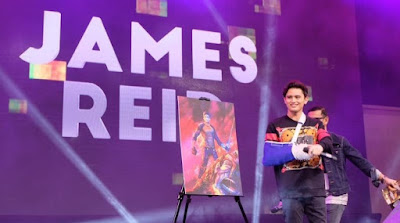 Aside from 'Darna', which will be played by Liza Soberano, here comes another superhero that will hit the big screen soon  — Pedro Penduko.

Viva Films has announced the movie adaptation of the popular Filipino comic book and James Reid will be taking on the superhero role.

The announcement was made during the opening day of History Con 2017 at the World Trade Center in Pasay City.


The actor has already started filming for the movie and it will continue until next year. The movie's release date has yet to be revealed.