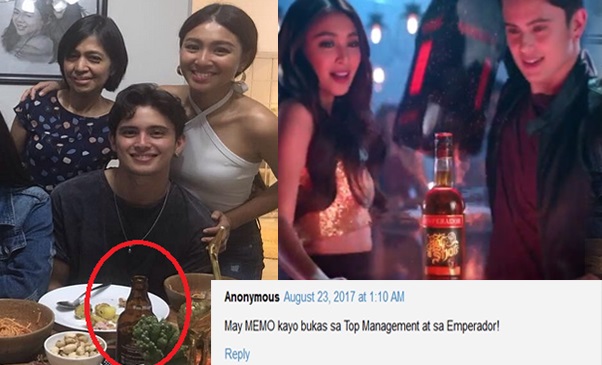 James Reid and Nadine Lustre have made an endorsement deal with alcoholic beverage Emperador. But, the two were accused by netizens of being unfaithful to the product they've endorsed.

A photo, which was taken during the birthday celebration of Nadine's mom Myraquel, is now making rounds online as it shows them with a product of Emperador's rival, San Miguel Beer. 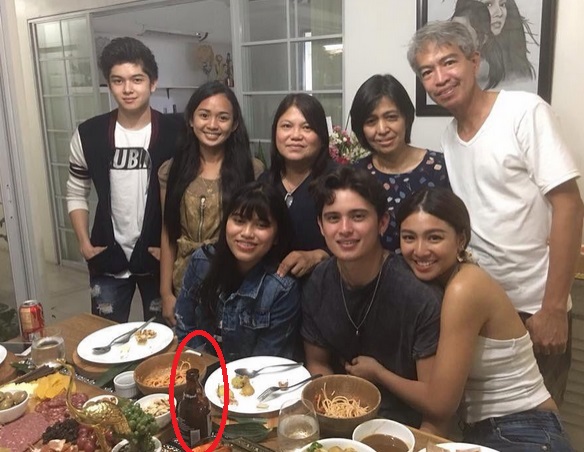 Many believed that it was James' drink as it was placed on the table in front of him.

There was also a video showing the bottle on the edge of the table where James was standing at, which made netizens felt certain about it.

See their reactions below: