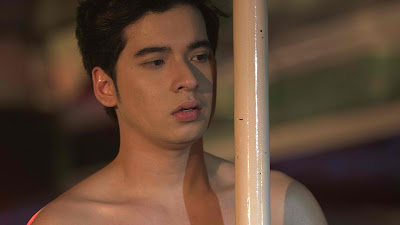 After winning the 40th Gawad Urian Best Supporting Actor award, Christian Bables once again takes on a challenging role as a man who turned to being a macho dancer in order for people to accept him this Saturday (August 12) in “MMK.”

Christian gives life to the story of Ben, son of actress Helen Vela (Gloria Diaz) and the sibling of Princess Punzalan (Ritz Azul). Growing up in the public eye, Ben was a target for bullying and received many hurtful comments from people concerning his physical features and especially because he was an illegitimate child. This paved way for him to grow insecurities but despite this, his family always supported him.

When his mother died, his life suddenly fell apart. He was so devastated that he turned his back on his siblings. In his resistance, he decided to live alone and this led him to work in a gay bar as a macho dancer.

What happened to Ben in his journey to find himself? Did Ben and his siblings reconcile?