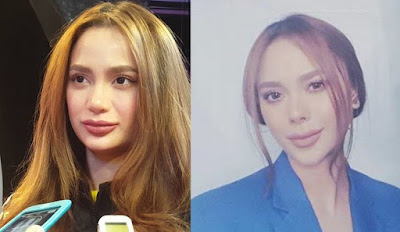 Arci Munoz has shocked everyone with her look during Accenture Shout Manila event at the World Trade Center.

The actress, who was one of the guest celebrity performers at the said event, left everyone wondering if she has undergone a nose job.

As seen in the viral photos below, she's now almost unrecognizable.

Some netizens said that her nose-lift surgery horribly went wrong and even compared her to the late Michael Jackson.


Check out this video and see the difference before and after her alleged nose job: