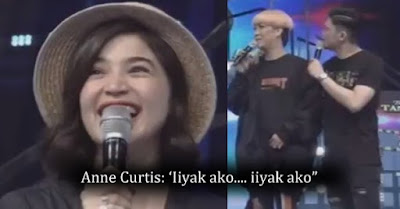 Vice Ganda, who will be having a concert in South Korea on August 13 as part of his 'Pusuan Mo Si Vice Ganda' tour, announced that he will meet the Korean star Gong Yoo.


The comedian made the announcement in front of his co-host Anne Curtis, who's very vocal about her admiration for the 'Goblin' star, during 'Tawag Ng Tanghalan' segment of 'It's Showtime.'

This made the actress to almost cry although it looks like Vice was only fooling her into believing that they will meet each other.