VIDEO: Jake Zyrus sings Whitney Houston's 'All At Once' 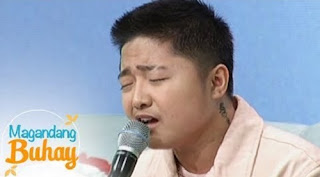 Jake Zyrus, formerly known as Charice, performed Whitney Houston's hit 'All At Once' during his guesting in Magandang Buhay on Wednesday, July 19.

It can be recalled that the singer dominated everyone because of his powerful voice that could take high note even higher. Now that he underwent gender transformation, he performed the song in a whole new version.