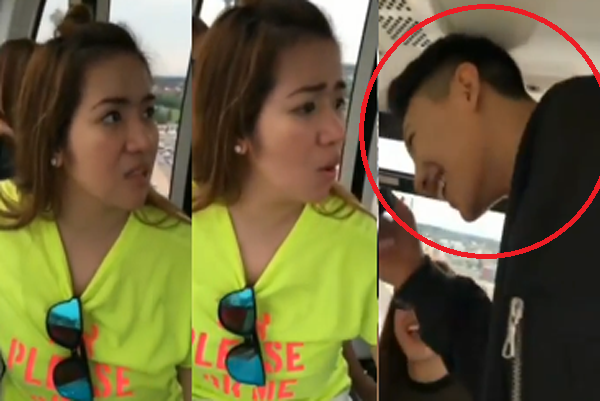 Before the much-awaited 'ASAP Live in Toronto', Kapamilya singers Angeline Quinto and Darren Espanto are taking some time off to enjoy Canada along with their co-singers.

Angeline and Darren tried riding the Niagara SkyWheel at the Clifton Hill and the former was surprisingly caught scolding the young singer.

The video,  which was uploaded on Youtube,  shows Darren standing beside while they were at the top of the wheel. Angeline, who seems like afraid of heights, became worried that he might fell off. Expressing concern to the young singer, she told him: 'Umupo ka lang, natatakot ako.'