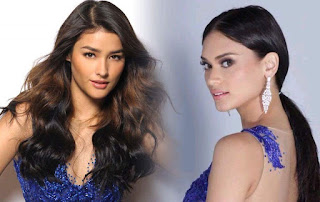 Liza Soberano portrays the role of Miss Universe 2015 Pia Wurtzbach, an inspiring and empowered woman who brought pride to the country this Saturday (June 3) in “MMK.”

After being abandoned by their father, Pia (Liza) carried the responsibility of being the breadwinner of the family as the eldest among the siblings. She fearlessly entered the world of show business, where she started to accept modeling and acting stints.

However, in the midst of her journey, her fighting spirit began to crumble as her acting career was not taking flight, while her fellow artists had already gone their way to stardom. But because of her family, she swallowed her pride and continued to accept minor roles.

Just as when she started to get her groove back, her mother and stepfather decided to migrate to U.K. With a heavy heart, she supported their decision and tried to start a new life there. For years, she worked in a factory until she realized that that was not the life she wanted for herself. Hoping to have a better life, she went back to Philippines and gave show business another shot.

What happened in her second try in show business? How did she come across the world of beauty pageants? What other challenges did she face in order to succeed in her dream?