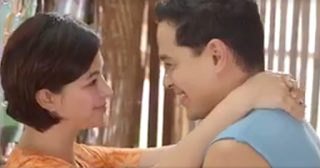 ABS-CBN has released a new teaser for 'La Luna Sangre' which shows John Lloyd Cruz and Angel Locsin, the lead characters of the hit series 'Imortal.'

The teaser gave a sneak peek to the lives of their characters', Mateo (John Lloyd) and Lia (Angel).

Directed by Cathy Garcia Molina, the third part of the saga will be aired on ABS-CBN's Primetime Bida starring Kathryn Bernardo and Daniel Padilla.

Check out the other teaser with the new Kapamilya actor, Richard Gutierrez, as the king of vampires.