Home Movies 'Luck At First Sight' opens May 3 in cinemas!

'Luck At First Sight' opens May 3 in cinemas! 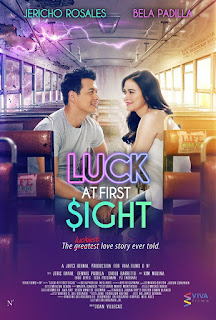 FROM the team that gave us the phenomenal box-office hit, “Camp Sawi,” and the director of mega-blockbuster movies like “Always Be My Maybe” and “#WalangForever,” come this year’s most enchanting romance-comedy, “LUCK AT FIRST SIGHT.”

In the movie, Jericho is Joma Labayen, a down-on-his-luck guy who believes that a “life charm” could help make for him a rosy existence despite the drudgery of everyday living. By accident and by some stroke of fate, he meets Diane dela Cruz (Bela), who he thinks is his "life charm." Little did he know that their encounters would lead him to the toughest choice his heart will ever make: luck or love.

Diane, however, is no sucker for stories of luck and/or life charms. She is a firm believer of love and how romance sheds light, beauty and happiness to one's being. Their partnership proves lucky enough until they discover that choosing between luck and love can be a tough pick.

“Luck at First Sight” is a concept Bela thought about while listening to the radio.

As for Direk Dan, working on “Luck at First Sight” made him excited.

Echo, like Bela, is totally absorbed by the project. Though “Luck at First Sight” may be their first as a tandem, he shares, “may commitment sa isa’t isa na ito ang pinakamagandang movie na gagawin namin together.”

Will Joma and Diane make the right choice? Will their love story ends in happily ever after? 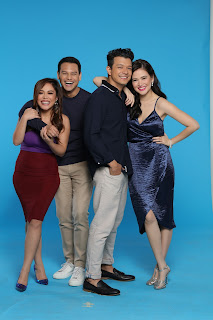 Find out when “Luck at First Sight” casts its magical spell in cinemas nationwide starting May 3, only from VIVA Films and N2 Productions.