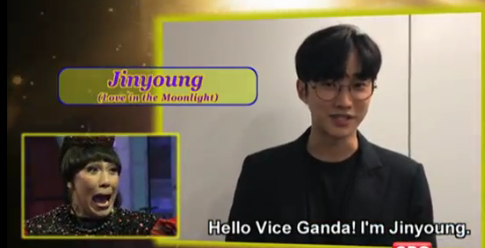 Vice Ganda, a self-proclaimed fan of the Korean TV series' Love in the Moonlight', was surprised when one of the lead stars Jinyoung sent him a video greeting for his birthday.

In the video, which was aired during his birthday special episode on Gandang Gabi Vice, the Korean star thanked him for his support and also expressed hope that he will be invited on his show someday.

It was made possible because of Sandara Park.