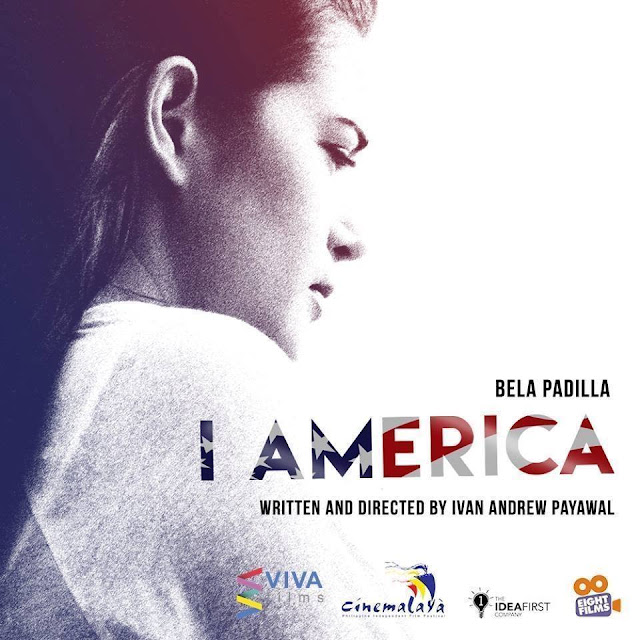 After the successful role of Bella Padilla as Bridgette in Camp Sawi recently she received an outstanding award as best actress in TV series "Ang Probinsyano", now she had a new movie a dream come true for her since she wanted to have a film in Cinemalaya, she played  the role of Erica in "I

America" she is the aspiring model from Olangapo who finds her long lost father John Berry through the internet. But suddenly Erica find out the her last name is "Perry" not Berry and she continued to let John Berry believe that she is his daughter. How long will her American dream get the better of her?

Director Ivan Andrew Payawal believes that everyone can relate with stories about self-discovery, which is what this movie is about. "Its an everyday struggle to know who we really are, but a fulfilling journey nonetheless. In I America, it definitely explores the lives of our Amerasian brothers and sisters and how they cope living without knowing who their fathers are. I arrived with a realization that  somehow, regardless of gender, race, skin color.. as long as you know who you are and learn to accept yourself, then life would be so much easier to endure, " he expounds. He also wrote the screenplay.

I America is the first movie by Payawal to have been featured in Cinemalaya Film Festival last August. It was also Bela's first time to be part of the said prestigious independent film festival. Aside from Bela and Ms. Oropesa, the cast includes Rob Rownd as John Berry, Matt Evans, Thou Reyes, Shenna Ramos, Joe Vargas, Raflesia Bravo, with Lui Manansala and intruducing Kate Bautista and Rhyzza Kafilas.

I America opens in cinemas on September 21, 2016 produced by The Ideafirst Company and Eight Films and distributed by VIVA Films.