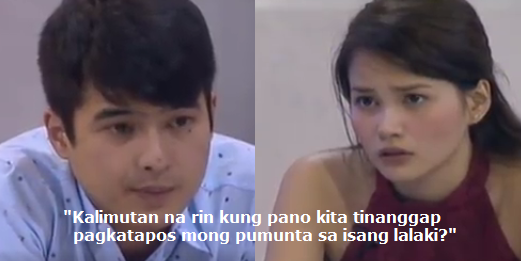 Housemate Ellise Joson and her ex-boyfriend  Jerome Ponce, who recently became a celebrity houseguest, had a chance to talk about their relationship inside the Pinoy Big Brother house.

The two were given a time to clarify and put closure on their relationship after Elise opened it up to Big Brother. An uncut part during their conversation went viral online after Jerome asked something to her that left netizens in shock.