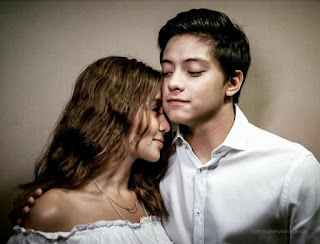 Check out some behind-the-scenes photos of Kathryn Bernardo and Daniel Padilla during their photoshoot for 'Barcelona: A Love Untold', the loveteam's upcoming movie which is slated to hit the big screen on September 14.


You can feel the love by looking at these photos #PushAwardsKathNiels -maraya pic.twitter.com/rFiwgmdxLK
— Got To Believe ⭐ (@GotToBelieveFP) August 18, 2016

The biggest cinema event of 2016. Barcelona: A Love Untold on September 14. 🎬 #PushAwardsKathNiels pic.twitter.com/KbiRGv8Zpy
— A (@pixieaxe) August 18, 2016