Home Starring of the Day Philippines to host Miss Universe 2016 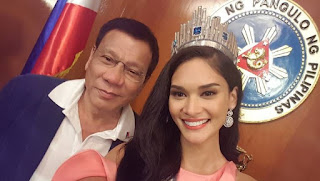 The Philippines is set to host the highly-anticipated Miss Universe beauty pageant for the second time.


Last Thursday, Tourism Secretary Wanda Teo announced that the 2016 pageant is going to happen on January 30, 2017.

Teo also said that Department of Tourism (DOT) is considering Mall of Asia in Pasay City as venue of the said pageant. Some of the provinces being eyed are Cebu, Palawan, Davao, Cagayan de Oro and Vigan.


The country successfully holded the pageant in 1994 which happened at the Philippine International Convention Center (PICC) in Manila. India's Sushmita Sen took home the crown and became the first major titleholder of their country.