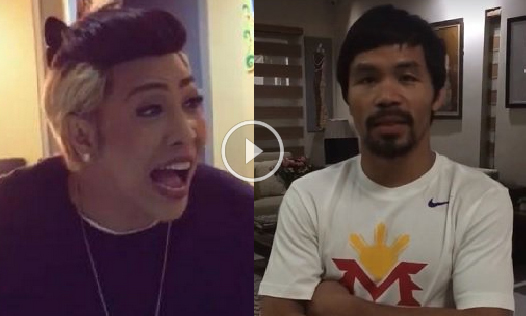 Vice Ganda took to twitter again after Senatorial aspirant Manny Pacquiao released a video to publicly apologize to LGBT community whom he called 'worse than animals' in a recent interview with Bilang Pilipino.

The comedian has accepted his apology, but still won't vote for him in the upcoming national elections.

"Manny said sorry. Apology accepted. But i will still not vote for him. Manny for boxing not for Senate. #Respect" he wrote via twitter.

He even hit back at the open letter thrown at him by one of the netizens and pointed out the difference between a comedian's joke and a politician's statement.