Home Movies 'Love is Blind' opens in cinemas on Feb 10

'Love is Blind' opens in cinemas on Feb 10 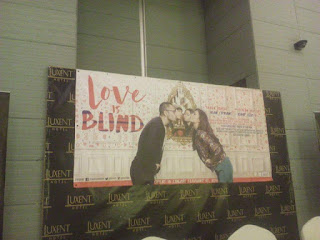 Kiray, who was thrilled and very thankful to Mother Lily for giving her an opportunity to become a lead actress of the movie, was present that night along with her two leading men, Derek Ramsay and Kean Cipriano.

The said movie also marked the first project of ex-couple Derek Ramsay and Solenn Heussaff since their break-up nine years ago.

Directed by Jason Paul Laxamana, the main plot of the story centers on spoiled bachelor Wade, played by Derek, who turns his back on his sassy girlfriend Maggie (Solenn) when he meets Fe (Kiray).

Unknown to Wade, Fe has a secret potion that transforms her into Maggie's character every time she and Wade meet.

The first-ever on-screen kiss of Kiray and Derek Ramsay, which according to them took several takes, is also one of the scenes that you shouldn't miss in this movie.