Zanjoe And Bea Split After Four Years Together 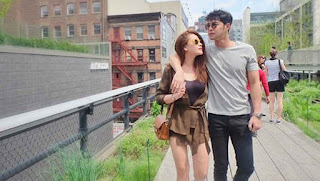 Zanjoe Marudo has admitted that he and Bea Alonzo are no longer a couple after weeks of speculation that the two have already called it quits.

The emotional actor confirmed it in an interview with Boy Abunda on the latter's late-night talk show on Wednesday.

"Wala naman madaling way so kailangan talagang pagdaanan" he answered when asked on how he is coping with his failed relationship.