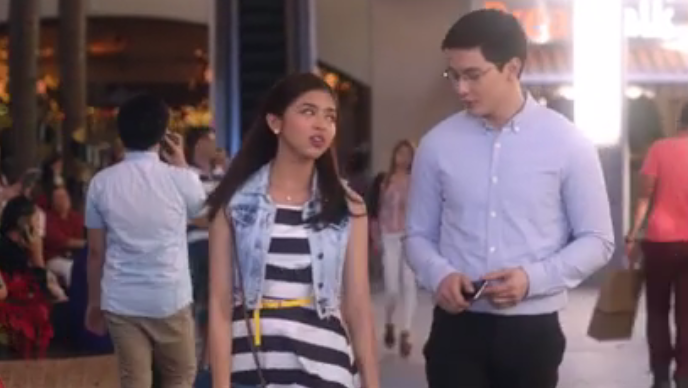 The official full trailer of 'My Bebe Love #KiligPaMore', one of the entries in this year's highly-anticipated
Metro Manila Film Festival' starring Vic Sotto, Ai-Ai de las Alas and the phenomenal loveteam AlDub ,
has been released online.


In the movie, Alden  plays the character of Dondi, a nerd and an obedient nephew to his aunt (Ai-Ai de las Alas) who makes decisions for him.Meanwhile, Maine portrays a stubborn and rebellious girl named Anna who seeks the attention of  her father (Vic Sotto). Dondi and Anna cross paths and their different personalities collide. The two eventually fall in love with each other and solve their own problems.


Directed by Jose Javier Reyes, the romantic-comedy film is slated to hit theaters on December 25, 2015.