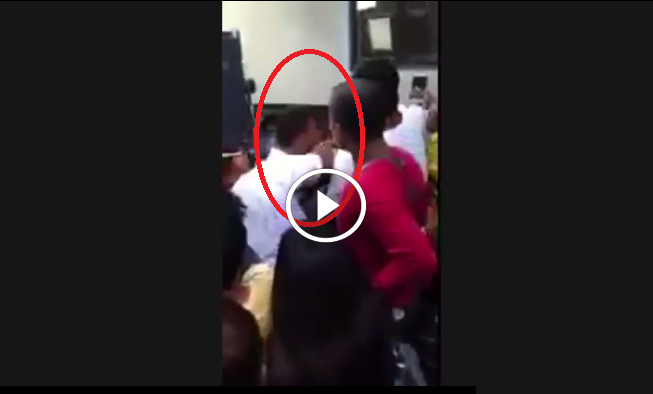 A video,which shows Lola Nidora's boydguard punching a fan who was carrying a child, is now making rounds on social media.

Known to many, Lola Nidora, played by Wally Bayola, has been one of the popular characters in
Eat Bulaga's hit segment 'Kalyserye', and consequently, fans were eager to take photos with him and/or have
his autograph. But an unexpected commotion happened when one of his bodyguards threw a punch at a fan, who simply wanted to get near to the popular grandmother.

Some netizens claimed that the said fan was the first to do something to the bodyguard that pissed him off.

What do you think? See the video here: