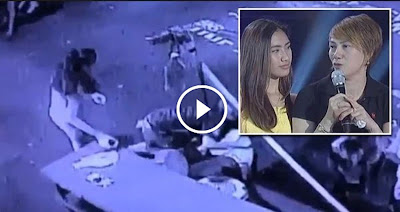 According to a report by ABS-CBN, Teresa was about to eat with one of her daughters and her niece at a roadside eatery in Tagaytay Street when a man suddenly appeared and shot her at close range.

The report also said Teresa, who received a lot of death threats via text messages saying she won't last until Christmas, fell as the unknown gunman fled the scene. She was immediately brought to a hospital but was pronounced dead before midnight.

The whole incident was caught on CCTV camera.