Vice Ganda, Jugs, and Teddy gave us an mind-bending illusions in 'Magpasikat' week of 'It's Showtime' as part of the noontime program's sixth anniversary celebration,but,was it a 'copycat' performance?.

It may seem that way, considering the fact that there were some parts of it that were similar to the American band Ok Go's 'The Writing's On The Wall' music video,which was also filled with optical illusions and visual trickery.

Have a look at these as we compared the two. 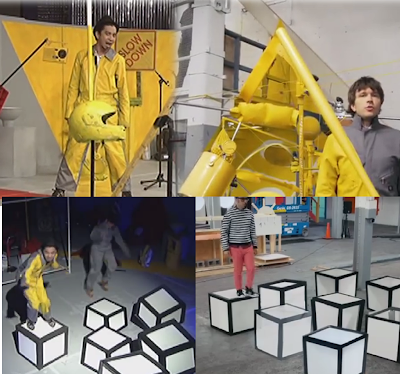 What do you think? Did 'It's Showtime' hosts copy the concept of their 'Magpasikat' performance from Ok Go's music video?