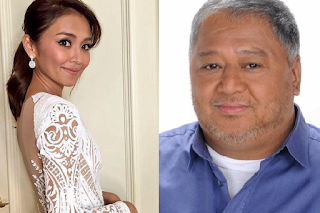 Goin' Bulilit director Edgar 'Bobot' Mortiz aired his disappointment on facebook after one of his former talents snubbed him at the 9th Star Magic Ball.

According to his post,he felt overjoyed to see the former 'Goin Bulilit' casts who grew up and became well-known teen stars.

These stars greeted him during the event,except  for an unnamed one who did not pay respect to him. 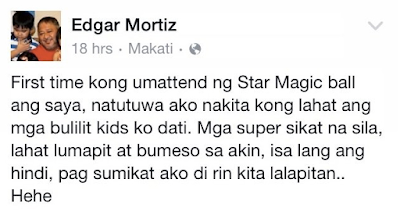 Edgar Mortiz's son,Badgi,confirmed on twitter that it was Kathryn Bernardo who snubbed his dad.
However,he stated that she already talked to his dad to apologize him for unintentionally snubbing in the event.